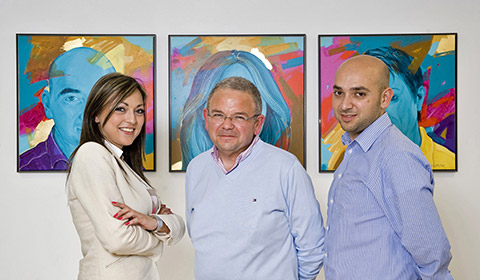 Gutenberg Press is a privately owned printing press, based in Malta offering printing solutions to its home market and various European countries.

It was founded in 1982 by Mr Frank Spiteri with an investment of around €420 for an Adana Letterpress printing machine. The company grew in strength year by year;

Investment has always been a key to Gutenberg's success, and over the years the company has invested to ensure that it is on the forefront of quality book printers in Europe.

Since its foundation, Gutenberg Press has remained at the forefront of the printing industry and has always looked two steps ahead for new opportunities and challenges. Gutenberg believes in quality and customer satisfaction and tries to achieve this through constant investment in its people and machinery.

Our Vision – To remain leaders in the local market and be amongst the top printing companies in Europe. 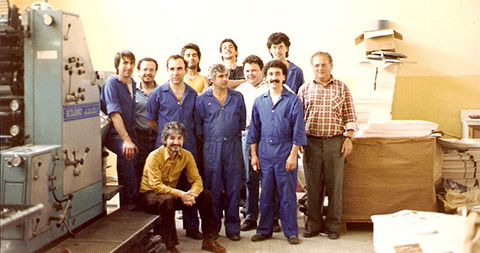 Frank Spiteri founded the company in 1982, with an investment of 180 Maltese pounds (€420). The company started by printing small jobs in a garage in Zabbar, Malta. As the business began to grow, Mr Spiteri bought the adjoining garages, to cater for the increased volume of the business.

In 1994, the company achieved a stage where it was difficult to operate from the garage in Zabbar, so Mr Frank Spiteri decided to expand the operations significantly. The company bought land in Tarxien, on which the main production plant and the head office were built.

In 1999, Mr Guy Chamberlain joined Gutenberg from the UK with the aim to build an export department. This was highly successful and enabled the company to grow at a faster rate, doubling turnover and then tripling it in a matter of a few years.

In 2003, the factory was further expanded to its present size, in order to cater for the increased volume of business, which was being attracted at Gutenberg Press.

In 2008, a different extension to the production plant was added with a new plant at the Bulebel industrial estate.

The minister explained that the investment that includes the construction site and new state-of-the-range machinery is a mirror for the future in such a manner that that company does not only see the expansion aspect, because the current building has r

From concept to shipping, we take care of it all!